Benjamin "Mako" Hill has agreed to do a Reddit AMA (ask me anything) video interview on his work for free software and free culture where he will answer the top ten questions on this post...in a 12 foot Igloo i built. 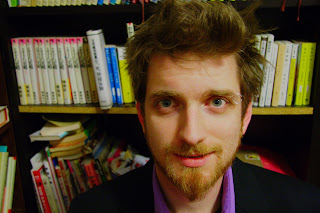 Mako works on issues of technology, intellectual property, and society and is a key person in the free software and free culture movements. He is a core-developer, active contributor, and founding member of the Ubuntu Project, and he continues to serve on the Community Council board that oversees all non-technical aspects of the project. For nearly a decade, he has also been an active member of the Debian GNU/Linux Project, which Ubuntu is based on.

Mako is an Associate Member and a member of the Free Software Foundation's Board of Directors. Reddit just became a corporate patron of the FSF, and you can support software freedom by becoming an Associate Member yourself. Together with Erik Moeller from the Wikimedia Foundation, Mako founded the Definition of Free Cultural Works based on the Free Software Definition. This definition is agreed upon and used by the Wikimedia Foundation, Creative Commons, and Students for Free Culture.

Mako serves on the advisory board of the Wikimedia Foundation and the One Laptop Per Child project. Currently a researcher and PhD Candidate in a joint program between the MIT Sloan School of Management and the MIT Media Lab, and a Research Fellow at the MIT Center for Future Civic Media, Mako looks at social scientific analyses of social structure in free software and free culture communities.

Another fun fact: Mako's apartment is where Reddit was founded, and there is spray paint on the roof to prove it.